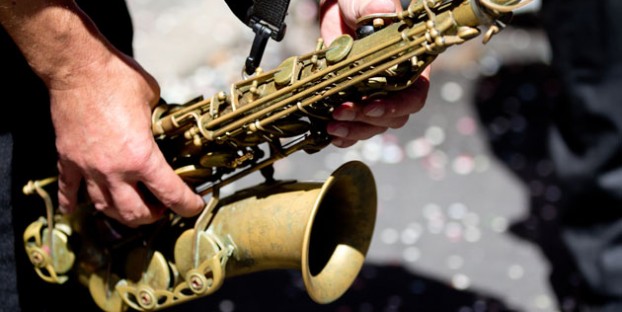 Our Top Ten Music Festivals in France for Summer 2016

There are some fantastic music festivals in France this summer whatever your musical taste – from Glasto-style rock and pop festivals where you can party all night, to cultural celebrations of traditional music that are great entertainment for a family day out.

Here are our Top 10 festival picks for July and August 2016:

For the modern festival experience get down to one of these French festivals this summer – prices can be a lot more reasonable than for UK festivals and, of course, you can tie in a week of R&R holidaying at a pretty French villa to recover!

The Les Deferlantes festival in the South of France takes place at Théâtre de Verdure of Parc de Valmy overlooking the beautiful Mediterranean Sea. The line-up for 2016 includes The Chemical Brothers, Elton John, The Offspring and Paul Kalkbrenner.

With stages at Fort Saint-Pere and on Bon Secours beach, the atmospheric Route du Rock festival has an eclectic line-up that includes Belle & Sebastian, Minor Victories, Tindersticks and Lush. If you want to hear something new, this is the festival for you!

Check out the Les Cabert Vert festival to see Sum 41, Nas, Jake Bugg, Wolfmother and many more artists spanning genres including rock, reggae, electro, rap, blues, metal, pop and jazz. This Ardennes festival also has an element of the arts with street theatre, workshops and exhibitions adding to the experience.

There are some wonderful jazz festivals in France this summer with historic towns and cities providing an atmospheric backdrop to the music. Here are a couple of our favourites:

The Sim Copans Festival includes stages at the Romanesque abbey in Place Pierre Betz and at the caves at Lacave – this beautiful festival setting welcomes Jazz musicians from all over the world and offers a vibrant mix of concerts and free music in the streets and squares of the town.

Every summer this little village in South West France hosts Jazz in Marciac, attracting over 200,000 visitors to celebrate a love of Jazz. This year the impressive line-up will include Jamie Cullum, Diane Reeves, Snarky Puppy and so many more great artists – it’s a must for Jazz lovers!

For exciting new sounds why not try a World Music festival? The fusion of cultures and music makes for an amazing atmosphere!

The World’s End Festival is a celebration of world music on farmland by the sea on the beautiful Crozon Peninsula – a spectacular setting to hear exciting music from all over the world.

The Les Escales festival presents eclectic mix of artists from all over the world gather to perform in the stunning setting of Saint-Nazaire Harbour. The 2016 line-up includes Iggy Pop and spans diverse musical genres including rock, reggae, hip hop, soul, gospel, funk, electro-pop and world music.

France has a strong tradition of cultural festivals and there are celebrations in almost every town and village keeping traditions and customs alive. Here are some of the larger events you can visit this summer:

The Lorient Interceltic Festival is a huge celebration of Celtic music and culture attracting over 800,000 festival goers to experience the incredible processions, concerts, markets, workshops and atmosphere.

The Blue Nets Festival is one of the largest celebrations of traditional Breton culture with plenty of Celtic music and dancing, street theatre and re-enactments to enjoy. Most activities and concerts are free.

If you’re attending any of these exciting events don’t forget to book B&B, cottage, villa or mobile home accommodation with us to get 20% off your Brittany Ferries ferry crossings!