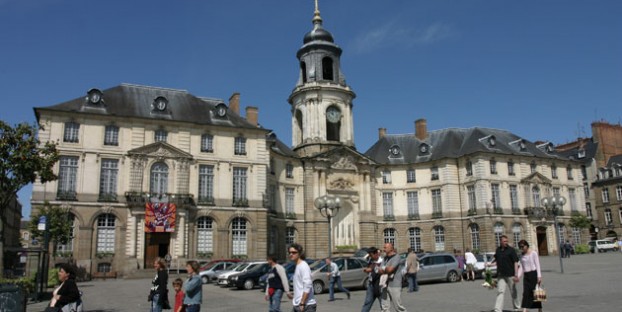 If you’re starting to plan your holidays for 2015 you might want to book your French break around one of these exciting events. Don’t forget to look up events in your area wherever you’re going in France; there are more festivals, celebrations and sporting occasions going on than we could possibly list here, from world famous events to hidden local treasures so make sure you don’t miss out!

The Chatelaillon-Plage Wind Festival is a celebration of all things kite! From kite flying demonstrations and displays, kite fighting known as ‘Rokkaku’, kite making, night flying and tips on how to fly kites and do tricks, this weekend is great fun for the whole family. As well as traditional kites there is buggy kiting, land sailing, kite surfing and mountain boarding to watch or try out. The whole festival takes place on the beach with the sky filled with colourful kites – make sure you take your camera to capture the magic!

Whilst it can be argued that Monaco is not exactly in France, French soil does surround it and a glimpse of this most glamorous event can be a thrilling addition to a French Spring break. The race circuit is likely to be familiar to you thanks to TV coverage during its long history in the Grand Prix. It’s the only circuit that winds its way around city streets offering unparalleled thrills for spectators and drivers alike! Take ear defenders to protect against the deafening roar of the F1 cars, and immerse yourself in the luxurious hospitality at one of the world’s most iconic sporting events.

This annual festival takes over the town with historical re-enactments bringing the Middle Ages back to life. Street theatre, musicians, jesters and acrobats come together for grand parades, banquets and a Medieval Ball. The festival is very welcoming and encourages visitors and locals alike to get involved by dressing up, taking part in traditional games like shuffleboard or nine-pins, experiencing the food of the time or even taking part in a sword fight or two! The emphasis is on fun rather than strict historical authenticity so it’s perfect for a family day out.

There is a wonderful atmosphere at Le Mans for this annual test of motoring speed and endurance. Plan a short visit to see the competitors at one of the viewing areas on the route, attend the pre-race parade of drivers through the centre of Le Mans on the Friday, or spend the full week camping and mingling with other enthusiasts – it is known as the ‘Glastonbury of motor racing’ after all!

Perhaps the most well known French event, this list wouldn’t be complete if we didn’t mention the Tour de France. The cyclists follow a different route each year and in 2015 the first stages will be held in the Netherlands and Belgium; the French part of the race includes several stages in Normandy and Brittany; and the race features a nail biting mountain finish at L’Alpe d’Huez. For the latest on the route and potential Tour viewing opportunities check the official Tour de France website.

This exhilarating boat race has been updated and improved for 2015 with a new shore hugging route that allows spectators to get a great view of the competition, and new trimaran boats offering fast, fun, sporting action on the water. The race has been running since 1978 and it pits crews using exactly the same boat (this year the Diam 24) in a true test of skill. The route for the 2015 race includes stages along the northern and southern coasts of France with the Channel and the Mediterranean offering different challenges and opportunities for competitors to show their talent and daring. For the latest information see the Tour de France a la Voile website.

Street artists and performances transform Rennes after dark during this unique festival. Circus, drama, music, comedy, theatre, cinema, flash mobs and animation all feature and you can be sure there will be surprises to be found in the most unexpected places. A whimsical festival that’s a joy to discover and an adventure to explore.

This festival is a celebration of music with French lyrics and spans all musical genres from hip hop to folk music, soul to blues, rock, electro, pop and everything in between! Over 250 concerts are held in eight venues across the city during the five days of the festival showcasing the talents of big names on the francophone music scene and introducing new young artists. 2015 is the thirtieth birthday of the festival so it promises to be bigger, better and more exciting than ever!

2015 sees the return of this bi-annual festival that welcomes hundreds of traditional sailing ships into the harbour filling the air with sea shanties from the four corners of the world. The songs tell stories of adventure, travel and life aboard, and the festival transforms Paimpol harbour attracting thousands of visitors who come to see and hear the spectacle. There is delicious street food on offer on the quay as well as parades and live music adding to the joyful atmosphere.

A celebration of the humble prune the Agen region is famed for, this unique festival includes parades, gourmet food markets and free outdoor concerts. Over 50,000 festival goers come each year to enjoy music, dancing and delicious local food, and to taste the famous freshly dried prunes that are produced during the festival in a special plum oven set up in the centre of town.