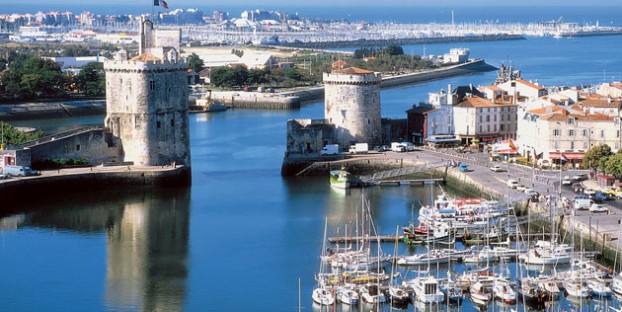 Catherine Broughton and her husband Bruce own an idyllic collection of holiday properties including an eight-bedroom chateau in the La Rochelle/Royan area of France. They live in a converted barn on the site and spend their time maintaining and running their holiday properties, entertaining friends and family and enjoying a rich and varied social life with the local expat association. Catherine is also an artist and published author, taking time to promote her books and update her fascinating blog that covers everything from her extensive travels to historical research and anecdotes about her life in France.

The Broughton’s foray into French property rental is different to that of many expats in that they truly have lived in France. They didn’t wait until their children were grown or decide to move to France as part of a relaxing change in lifestyle after retirement; they threw themselves head first into French life with a young family.
Since moving there in 1989, France has been the background to 25 years of ups and downs, good times and hard times.

Catherine sees French life in the context of a lifetime working, raising children, overcoming adversity and creating a successful business. Their French lifestyle is hard-won and all on French soil, a contrast to the common situation of moving to France as an end-reward based on the fruits of a career in the UK. This unique viewpoint, unshaded by rose-tinted glasses, means Catherine has a pragmatic and realistic view of French life that sees beyond the quaint shutters, colourful markets and sparkling harbours to know and love the real France, warts and all!

The Broughton’s life in France has always been based around property – refurbishing, renting, buying and selling has always been their business and their talent. Catherine worked for a French estate agent for a time, showing eager Brits around French properties as the trend for holiday homes blossomed through the 90s.
“For every 100 potential buyers I drove around in my car showing them suitable houses, about three would actually buy something. Some people used it as a sort of holiday activity to have a nose around – one group even commented on the types of property they’d like to view on their next annual holiday and were most put out when I dropped them straight off back at their hotel! It was hard work, especially when I often had my youngest son, a toddler at the time, in tow.”

They lived in several different properties, most very rural which led to periods of homesickness that permeated even Catherine’s indomitable spirit “We invited so many people round but hardly got an invite in return, it’s just not how things work here” she recalls.

Making the Chateau a Home

Key to their success was the building background of Catherine’s husband Bruce. Despite being unable to speak French, he successfully managed to create a team of builders and tradesmen that worked hard to do up the houses Catherine sold to other British people. They also tackled their own ambitious projects converting a series of dilapidated manor houses into attractive, comfortable homes, all whilst living through the extensive renovations with three young children. Their final big house project was the chateau they still rent out today. They moved in rather suddenly after a mix up over removals meant that all the wherewithal for their planned family Christmas was transported to the new place, a mere shell that had lain derelict for decades with no heating, in December 1995.

The family lived in the chateau for many years, they restored original features and installed modern comforts, the children had the run of the attic floor to entertain friends and Catherine filled the rooms with furniture thriftily sourced from local ‘brocante’ junk shops and markets. “I love finding old furniture that I can repair and make into something attractive and useful” says Catherine “There used to be such bargains to be had but today as it becomes more popular some of the vintage and second hand stuff is so overpriced! It’s still good fun to scour the markets though, you never know what you might find”.

The Broughton’s developed a very successful business buying, renovating and renting flats and cottages through the equivalent of the local housing association. The empire reached as many as 36 properties when terrible storms struck the region in the winter of 1999 causing devastating damage to the chateau where they lived and many of their rental properties. This prompted the business to close. Refocusing their skills on the land and buildings at their home, Catherine and Bruce quickly created a series of holiday gites and readied the chateau to become a holiday rental for the 2000 summer season while they moved into a converted barn on the site. “I took summer bookings for the cottages and the chateau. They poured in! There are not many inexpensive holiday places close to sandy beaches and we’ve been full every year since we started in 2000”.

Catherine’s time in France has had its share of challenges and her love/hate relationship with the local way of life with its different customs, frustrating red tape and impenetrable laws, isolating winters and halcyon summer days has settled into a comfortable acceptance.
“We’ve got lots of friends out here now, most of them expats or ex-Parisians who’ve lived abroad and have a similar outlook to us. The expat association here runs so many events and club activities from photography and history of art to boules, cycling, wine – everything! There’s always something to do”.

Catherine’s writing also started in earnest around 2000 and in 2011 her four novels were all finally published. Her first book ‘A call from France’ is a semi-autobiographical novel that features many sights and scenes local to their home in France. “It was cathartic to write,” says Catherine “I didn’t find it hard really, the words just flowed. I enjoy researching and writing and all my books are based on places I’ve lived in and known well over the course of my life”.
As well as researching for her books, Catherine has been able to find out some fascinating details about the history of the chateau and has set up a mini-museum in the house to give visitors a peek into its past.
“It really helped that the people in the village often have a local family history that goes back for generations, so there are often family tales about the manor house to tell. We know the house was burnt to the ground in the French Revolution and rebuilt. It’s a small chateau but still significant enough to this village to feature in its memories”.

The general history of the area is fascinating for Catherine and any guests who come to stay with significant sites from history to explore featuring Eleanor of Aquitaine, Richard I and ruins of Napoleonic castles on the coast. From the more recent past, a World War II Nazi bunker was recently discovered in La Rochelle and is now open to visitors.

A Place of Beauty, Rich in Exploration

The mild, sunny climate made the Charentes Maritime region an obvious choice for the Broughton’s “The weather is almost guaranteed to be good in summer and without having to take the long journey to the South Coast – it made perfect sense to be based here”. The sunny weather, nearby beaches and outdoor pool make the six cottages and chateau ideal for family summer holidays. “Some people stay here more, relaxing in the pool and cycling on the local paths while others go off every day exploring and just use this as a base for the evenings – it’s really up to you what you do. The cottages are very comfortable with all that you’d need in a home-away-from-home, and we have so many people that come year after year and recommend us to their friends that it’s clear we must be doing something right!”

From the Page to the Canvas

The properties have hosted holidays for groups of cyclists, run intensive French language courses and offered art holidays too, a passion for Catherine who is herself an enthusiastic artist “It’s a wonderful place to paint and draw” she says “I like to capture the nature and scenery of the area, it’s just so peaceful and picturesque here”. The chateau itself is a very picturesque building and has been used as a location for fashion shoots. Week-long stays generously donated by the Broughton’s to charity raffles have raised over £1 million for good causes to date.

If you’d like to read more about Catherine’s fascinating journey through life in France, see in words and pictures the transformation of the chateau through restoration and renovation, discover the local history of the Poitou Charentes region and set the scene in anticipation of your own French break, you can visit her blog at www.turquoisemoon.co.uk or buy her book ‘A call from France’ now available from Amazon. 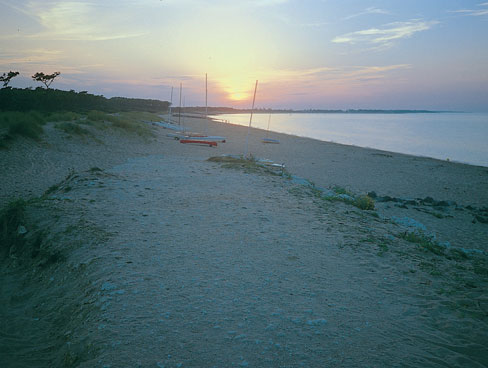 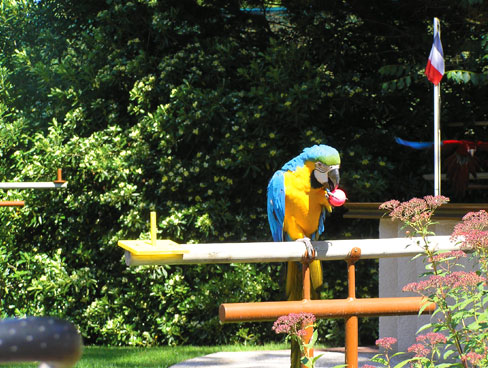 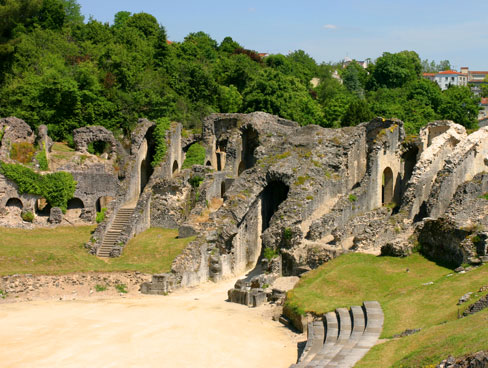 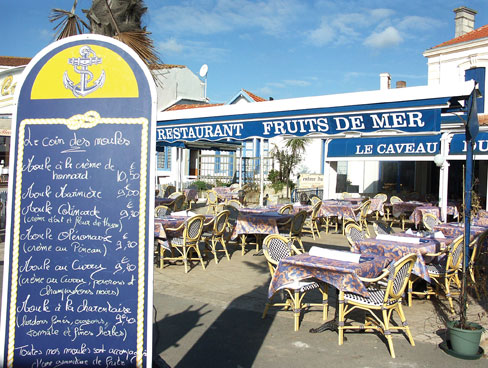 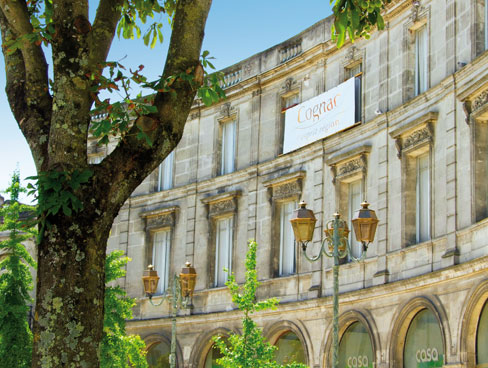 Catherine’s Top 3 Recommendations when staying at the Rochebonne:

One response on “Meet the owners: Catherine and Bruce Broughton, Chateau de Rochebonne”