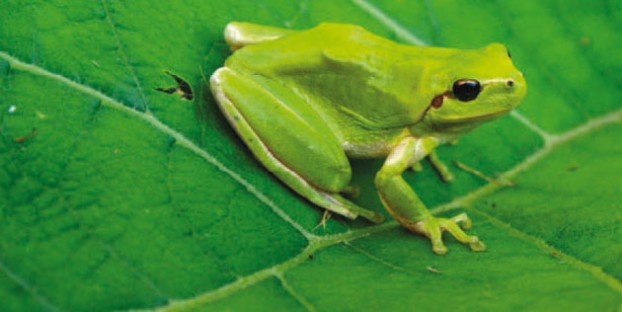 Globally renowned for fine wines, timeless villages and stunning châteaux, the Loire Valley is also a paradise for those who share a passion for birds and wildlife – as Ron Toft and an informative new guide book reveal.

A short-toed eagle hovered in the air, scanning the patchwork landscape below for reptiles. Two black storks circled on rising thermals and barn swallows deftly caught insects on the wing.

On the ground too, feeding was top of the agenda, a flock of cattle egrets strutting through a meadow in search of invertebrate prey. And flitting back and forth along hedgerows bursting with flowers and laden with berries was a colourful display of butterflies.

Yet, surprisingly, this was early September – long past the peak season for breeding birds and outside the most favourable period for flowering plants. And yet, wherever I looked, wildlife was in abundance.

The first English-language wildlife guide to the Loire Valley

I was in central France. Specifically, the 370-hectare Reserve Naturelle de Cherine in the Brenne area of the Loire Valley. It is not widely known amongst Brits – but thanks to ecologist Dirk Hilbers, who lives in Arnhem, Holland, and English ornithologist Tony Williams, who has made his home in the Brenne since 1982, this situation is highly likely to change. Together they have produced the first ever English-language wildlife guide to the beautiful and bountiful Loire Valley.

Nobody could be better qualified to complete such a task. This ebullient duo can identify a staggering number of birds, butterflies, dragonflies and more in an instant, while others are still fumbling with binoculars and telescopes. Entitled Loire Valley: Loire, Brenne and Sologne, the 207-page paperback is packed from cover to cover with information and has been published by the non-profit Crossbill Guides Foundation in association with the Loire Valley Tourist Board, Wildguides, KnnV Publishing and Saxifraga Foundation.

In the words of the publishers, the aim of the book, in common with other Crossbill Guides, is to introduce more people to the joys of Europe’s beautiful natural heritage and at the same time create more awareness and understanding of the ecological values which underlie conservation efforts.

“So what makes the Loire Valley so special?” I asked Tony Williams, the book’s co-author.

“That’s an easy one,” he smiled. “There’s wildlife everywhere, and always something to see – even from a car.”

A refuge for uncommon and unusual birds

As I was to learn in my 4-day visit, as a guest of the Loire Valley Tourist Board, many bird species completely absent from the UK or present only in small numbers are relatively common here. These sought-after avian gems include honey buzzard, red-backed shrike, golden oriole, European bee-eater, whiskered tern, great white egret, black woodpecker, melodious warbler, short-toed treecreeper, crested tit, cirl bunting, little bittern and night and purple herons.

The Loire Valley is also especially noted for its aquatic birds, which include all nine European heron species. One of the region’s stars is the delightful and elegant whiskered tern, of which more than 1,000 pairs have nested in the Brenne. Beautiful black-necked grebes also breed in good numbers. Aptly-named cattle egrets are often seen feeding on insects associated with or disturbed by cattle.

The region is also famed in avian circles for its birds of prey, or raptors, 13 different kinds of which breed in the region. Hot spots are the Sologne area and the huge (70 km by 25 km) state-owned Forêt d’Orléans, which covers 32,000 hectares between Orléans and Gien.

Forêt d’Orléans is the place in mainland France to see breeding ospreys, and booted eagles are more or less restricted to here too. The honey buzzard, which is not a true buzzard at all, dines mainly on wasp larvae and winters in tropical Africa, and is very common in the Sologne, where an estimated 200 pairs breed.

An abundance of rare animals

Just two hours from Paris, the Loire Valley is also home to a great variety of other creatures, including beaver (whose presence is often indicated by bitten tree trunks and stripped branches on riverbanks), coypu (large, non-native aquatic rodent wiped out in the UK many years ago), wild boar (largely nocturnal), pine marten (frequents large hedgerows and woodland areas), beech marten (occurs mainly around farms and old buildings), polecat (lives near water) and wildcat (rarely-seen nocturnal denizen of  larger woodlands).

As for amphibians and reptiles, there are far more species in the Loire Valley (19 and 12 respectively) than there are in the UK, and the region is popular with herpetologists. The creatures present here include wall and green lizards, various green frogs, newts, fire salamander, asp viper, western whip and smooth snakes.

Butterflies too are here in impressive numbers. More than 100 species have been recorded, examples including marbled white, clouded yellow, adonis and chalkhill blues, purple and lesser emperors, Camberwell beauty and swallowtail.

But numerically, even this line-up pales in comparison with the 850 varieties of moths. And there are almost 60 species of dragonfly – virtually half of the entire number found in the whole of Europe. Each of which has its own suite of botanical specialities.

Cultivated fields burst with cornflowers, poppies and chamomile. Dry heathland is alive with heather, juniper, broom and gorses. In riverside meadows, fritillaries flourish in their thousands, and plants which grow in or near water include yellow, white and fringed water-lilies, pilwort (a grass-like fern) and various buttercups, spearworts and water-crowfoots.

“The great beauty of this region is simply that it encompasses a number of excellent natural areas,” co-author Tony pointed out. “The Brenne, the Parc Naturel Régional Loire-Anjou-Touraine and the Sologne are the most famous, showcasing as they do the rich variety of flora and fauna – a vibrant extra dimension in the traditional small-scale landscape of central France.”

An overview of the guidebook

Tony’s and Dirk’s new Crossbill Guide describes 17 recommended wildlife routes, selected to show you the region’s greatest diversity of landscapes and habitats. And if there is one landscape feature in particular which more than any other characterises the Brenne and Sologne, it has to be the lakes, or étangs, of which there are more than 8,000!

As you drive through these quiet, largely traffic-free areas, there seems to be a body of water of some description around every corner and behind every hedge. And although the lakes seem entirely natural, every single one is artificial – created hundreds of years ago, partly to drain the vast swamps that covered this region and partly to farm fish. Collectively, the Brenne and Sologne étangs rank amongst France’s most important wetlands.

This lakeland landscape is the subject of route 3 in the guide.

By contrast, route 7 explores the confluence, near Savigny, of the Loire (at 629 miles, France’s longest river) and the Vienne (223 miles long). The view from a hilltop above both rivers is truly breathtaking, despite the domes and other structures of the nuclear power station which opened at Chinon in 1957.

The focus of route 14 is the Réserve Naturelle de Cherine in the Brenne, and route 15 offers you a “wonderful (4-hour) walk over less frequented trails” near the hamlet of Blizon in the heart of the Brenne, with opportunities to spot such wildlife treats as night herons, the very rare parnassus-leaved water-plantain flowers (in June), and a colourful variety of orchids.

One response on “Loire Valley Wildlife – a new English-language guide”