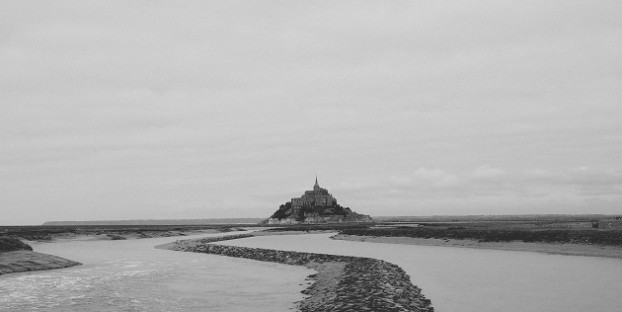 Six of the most haunted places in France – discover scary stories and gruesome ghosts on your next French adventure!

If you are fascinated by ghosts, legends, spooky tales and paranormal investigations why not visit some of the most haunted places in France?

The chateaux, castles and caves here are steeped in (often bloody) history that has people believing in sightings of spirits from the past. We’ve compiled a list of six places to explore if you’re keen to experience a shiver down your spine, all well worth a visit even if you don’t see a ghost!

No doubt you will have heard of the infamous tidal island of Mont Saint Michel, a UNESCO protected site, this beautiful place dates back to the 11th century and monks still inhabit the monastery here today. As you would expect the spirits of monks are often felt here, but the most frequently sighted paranormal presence is the ghost of Louis d’Estouteville, a captain who commanded the garrison protecting the island during the Hundred Years War. Louis was a formidable man who used his military skill to overcome a siege on the island by the English in 1434 resulting in the deaths of over 20,000 English soldiers whose blood stained the sand of the surrounding beach ‘as far as the eye could see’. This massacre ended 30 years of sieges threatening Mont Saint Michel and it’s said that the ghost of Captain Louis d’Estouteville still guards the ramparts today.

The haunting of Chateau de Chateaubriant happens to a convenient schedule, legend tells that every 16th October on the stroke of midnight a ghostly procession lead by Francoise de Foix slowly climbs the castle stairs before vanishing at the last chime of the clock. Francoise was married to Jean de Laval-Chateaubriant who was the governor of Brittany from 1541 to 1543. She was also a favourite mistress of King Francis I. It is said her husband became so jealous of the affair that he locked her in ‘Chambre Doree’ in the castle and poisoned her causing her to bleed to death. You can take a guided tour of the chateau, including the room where she died, and if you time it right, maybe you’ll even witness her ghost leading her mournful procession of monks and knights.

Despite a bloody history of wars and fighting, the spirits lingering at Chateau de Brissac have come from a tragic romance. In the 15th century Charlotte de Breze and her lover were caught out by her husband Jacques de Breze who murdered them with his sword and ‘pinning their souls forever between the castle walls’. Paranormal activity experienced here includes midnight moaning and wailing, ghostly presences and even touches. The doomed young couple are thought to be the main protagonists with Charlotte appearing as ‘The Green Lady’ who has been seen roaming the castle in a distinctive green dress, hideously disfigured with gaping holes at her eyes and nose. The chateau now operates as a hotel so if you are brave enough you can spend the night here as a guest!

This medieval castle has a gruesome history of murder and intrigue that has given rise to a whole plethora of ghostly presences. One of the most often seen is a White Lady, the ‘Bride of Trecesson’ who was murdered at the castle on her wedding day. There are two versions of the story, both equally ghastly, in the first she is bricked up into the castle walls by her brothers who did not approve of her choice of husband, in the second she is buried alive in a grave dug near the castle moat by two mysterious men who arrive in a black carriage. In both stories her desperate fiancé the Count finds out too late and although his men dig her out she does not survive and is said to haunt the castle to this day, still dressed in wedding white. Other ghosts here include the younger son of the family who died in the crusades and the lover he left behind who subsequently died of a broken heart. They can be seen walking together in the nearby forest or lingering in the castle entrance. There is also a famous ‘ghost room’ where two card playing phantoms are seen arguing, and a headless apparition roaming the halls.

Chateau de Puymartin is home to another ‘White Lady’, this time it is the ghost of Therese de Saint-Clar the unfortunate wife of a Squire who returned home unexpectedly from the war in the 16th century to find her in the arms of her lover. The Squire murdered her beau and imprisoned Therese in a room at the top of the castle tower for 15 years until she died and was entombed in the wall of the room that was her prison. Her ghost is said to haunt the tower just after midnight and there are evening tours in the summer here so you can look out for her ghostly presence.

Chateau de Fougeret has become so famous as a haunted site it is now almost a museum to the paranormal with a display of photos and evidence, and the chance to stay overnight and conduct your own investigations. People claim to have communicated with many spirits here including a soldier whose portrait hangs in the gallery, the poltergeist ‘Felix’ who committed suicide here in 1898 after bankrupting the family business, the family’s nanny still haunts the nursery and once slapped a visiting child who was misbehaving, and the ghosts of children can be heard crying, laughing and playing. With frequent experiences of seeing unexplained moving objects, hearing noises, voices and breathing and even feeling ‘touches’ from beyond the veil this must be one of the most haunted places in France!

There are many other places in France that are supposedly haunted including the skeleton filled Paris catacombs, Versaille where you might see the ghost of tragic Marie Antoinette, Joan of Arc is said to appear in the Basilique near her home town of Domrey and the loyal ghost-horse still looks for his owner who fell in battle at Chateau de Commarque.

Plan a ghost-hunting adventure with us and stay self-catering at one of our many holiday homes in France, with some dating back centuries you can steep yourself in history and local legends for a hauntingly good holiday!