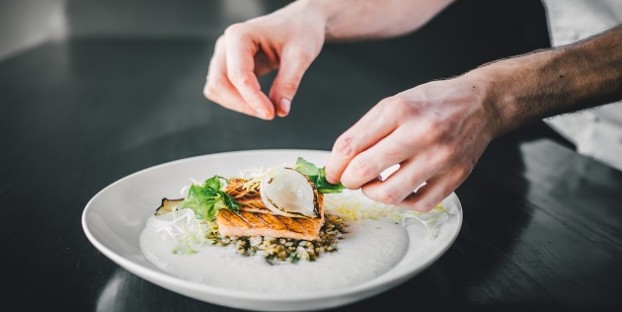 The Michelin Guide is the ultimate restaurant rating system with ambitious chefs striving to reach the exacting standards that will land their establishment a coveted star (or even two or three!). The guide is refreshed every year meaning restaurants have to maintain their levels of excellence to retain their Michelin star rating.

The highest number of Michelin starred restaurants in the world

The Michelin Guide covers countries all over the world and in 2019, France has achieved impressive results with 75 new restaurants securing one, two or three Michelin Stars. This takes the total number of these exclusively endorsed restaurants in France to 632; more Michelin starred restaurants than in any other country!

Wherever you stay in France there will be a Michelin starred restaurant within reach and if you are a keen foodie it’s a exceptional dining experience sure to include impeccable service and a wonderful menu offering exciting, flavoursome recipes and some ingredients you’ve never tried before.

The prestigious Three Star restaurants are mostly found in Paris but also clustered around Lyon and dotted along the South Coast. The most enduring is the famed Paul Bocuse in Lyon that has held a three star rating since 1965, an astonishing 54 years! The restaurant still serves the dishes created by the legendary chef patron who was a familiar face on the restaurant floor until his death in 2018 aged 91. The decadent menu includes his infamous truffle soup served sealed under a puff pastry lid.

The newest Three Star restaurants receiving the accolade for the first time in 2019 are Le Clos des Sens in Annecy and Mirazur which stands overlooking the beautiful Mediterranean Sea at Menton. Both restaurants create exceptional cuisine showcasing the local produce and nature around them and offer an unforgettable dining experience.

Three Michelin Stars is the ultimate goal for a chef, but as a diner you certainly don’t want to forget the One Star establishments run by dynamic, exciting, ambitious young chefs on their way up in the culinary world. In 2019 a whopping 68 new restaurants in France joined the Michelin family being awarded One Star with many offering interesting new takes on the gourmet dining experience.

We’ve picked five of the new crop of One Star restaurants that we’d love to try – why not book a table? We’d love to hear your reviews!

This reasonably priced restaurant is run by husband and wife team Laetitia and Stephane Cosnier who both cook here inventing wonderful dishes that put a new twist on traditional Breton cuisine. Enjoy a casual atmosphere where children are welcomed to have their first taste of Michelin Star quality food!

A charming restaurant with sea views seating just 28 diners where the chef Julien Hennote’s watchword is ‘simplicity’. Enjoy stunning dishes made from the freshest local ingredients with a focus on seafood.

A warm welcome awaits at Chef Marc Briand’s restaurant in the heart of Lannion. With menus changing to reflect the best of the seasons and the local produce available the menu is decided on the day. Enjoy beautifully presented, luxurious dishes like scallop carpaccio with passion fruit and Foie Gras terrine.

Set in a beautiful 14th century building this hotel restaurant is run by Nolwenn Corre, an inspirational young woman who has taken over the role of chef from her father. Expect innovative fine dining with bold, exciting flavours and presentation – a feast for the eyes and the tastebuds!

An adventurous restaurant where you can put yourself in the hands of local chef Ludovic Pouzelgues with the ‘eyes closed’ menus that allow him to create a unique surprise dining experience of up to six courses based on the best ingredients of the day.