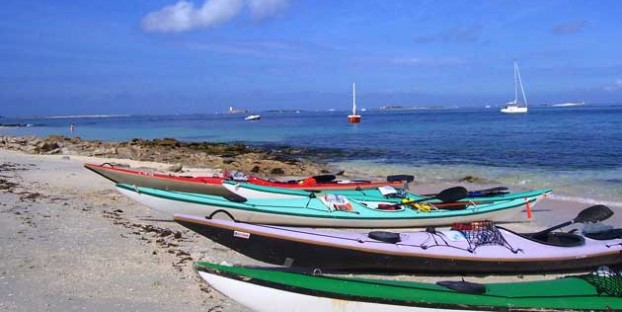 Kayaking in Brittany – a Paddler’s Paradise

http://www.holidayfrancedirect.co.uk/blogfeed.cfm?adcode=pm002197Bill Beetham moved to Poole around 20 years ago and it’s there that his passion for kayaking was ignited. Originally a keen runner, Bill found coastal routes in the area ideal for training and it wasn’t long before a friend introduced him to dingy sailing in Poole harbour.

“Seeing kayakers turning up, unstrapping canoes from their cars and setting straight off on the water while I was faffing with sails and ropes reminded me how convenient and fun it was. I’d had a go as a teenager and I realised that getting back into kayaking would be a great way to get out on the water quickly, and maximise my enjoyment. My son was a baby at the time, and as everyone knows when the children are small leisure time really is at a premium!”

In 1995 Bill took a sea kayaking course in Calshott and since then his love of the sport has grown and expanded to become a real passion.

“Sea kayaking is what really appeals to me, that magical feeling of getting afloat and the wonderful opportunities that the kayak opens up. You can view the shoreline from a unique perspective, test your skills weaving between boulders and stacks, and take in the atmosphere that’s relaxing and invigorating all at once with the salt-sea tang in the air, the sound of sea-birds’ cries and the rhythmic thump of waves under your boat – there’s nothing like it!”

The majority of Bill’s paddling has been done on or around the coastline of his adopted county of Dorset, with occasional forays further afield to the Scilly Isles. In 2003 a family holiday to Brittany provided the chance for a kayaking day trip to the Golfe du Morbihan.

“Little did I know at the time but the Golfe was to become a favourite French paddling destination, one that I would first get to know on a guided kayaking trip, enjoy later as part of a French canoe & kayak club, and more recently with my regular paddling friends from Poole”.

Following the initial visit Bill and his family took the decision to spend April to June of 2005 in southern Brittany.

“The official reason for our stay was to enable our son to spend the summer term in a French village school, the unofficial reason was to reconnoitre the region for the most promising kayaking destinations, a task that I set to with unprecedented zeal and single-mindedness!

As my wife never tires of recounting, we arrived in Inzinzac-Lochrist, near Lorient on the southern coast, on a Friday morning and by Friday afternoon I had joined the local canoe club in time to go with them for their regular Saturday outing to the Golfe du Morbihan the next day”.

Since his return Bill has been an active member of Poole Harbour Canoe Club, and has made many trips with his kayaking friends to discover and explore the Breton coast. Despite frequent visits over the last few years, he admits to feeling he has barely scratched the surface of the vast range of paddling opportunities that Brittany has to offer. 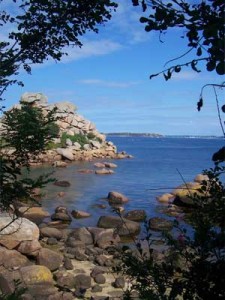 A typical trip would include an overnight ferry crossing arriving in either St Malo or Roscoff, offering the chance to enjoy a leisurely meal and go through routes and plans over a glass of wine or two on the outward journey. As the ferry docks there is a growing sense of anticipation of the day’s paddling that lies ahead, accompanied by thoughts of freshly baked bread, croissants (which it would be rude not to sample whilst paddling kit is being prepared) and last-minute changes to be made to route planning, in the light of prevailing weather and tidal conditions or updated forecasts.

Bill has found that some of the most rewarding sea kayaking areas are only a short drive from the ferry ports. Parking in Brittany is readily available and usually free of charge, there are plenty of slipways and other launching points suitable for kayaks and the coastline lends itself to a multitude of possibilities, even if the weather takes a turn for the worse, making it a very convenient place for a kayaking short break.

The Golfe du Morbihan is a favourite area where the sea is dotted with islands to explore and a strong tidal flow making for varied, interesting conditions. There are also plenty of options in Brittany for day long kayak trips around islands including Houat to the South East of the Quiberon Peninsula, Ile de Groix opposite the mainland to the south of Lorient, and the beautiful Glenan Isles lying approximately 16km offshore in the Glenan Archipelago.

“Kayaking in Brittany has given me such pleasure – it’s a chance to test and improve your skills of course, but more than that it’s a great opportunity to socialise with friends and experience new things.

I’ve escorted swimmers on a race from the coast to the Ile de Groix, been stopped by the coastguard who was clearing the area to allow them to blow up an unexploded WW2 mine, met avid kayak enthusiasts from all over the world, made good friends and improved my French language skills.

The stories I can share and reminisce on with my friends and family range from adventures to comedies and I know there are more chapters yet to write!

It is now almost 10 years since I first began to explore this region of France, which proudly celebrates its individual identity: through its own language, its culture and – perhaps more than anything – its relationship with the sea.

Kayaking has enabled me to get to know the coastline of Brittany much more intimately than other means of locomotion would have allowed. Whilst I’ve become better acquainted with its coastline than most parts of my native shores, there is so much still left to explore so I’m already looking forward to my next trip!”

For more information about the specific areas for kayaking in Brittany and some helpful tips on the legal and safety requirements and how to plan your trip check out Bill’s Top 10 Tips for Kayaking in France. 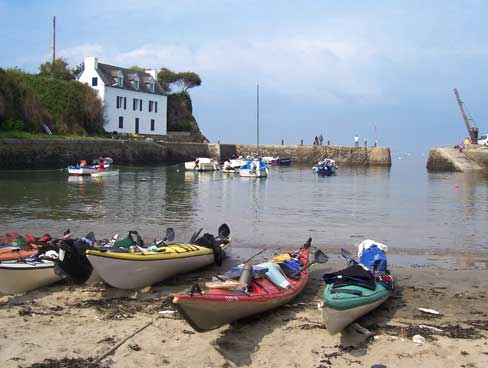 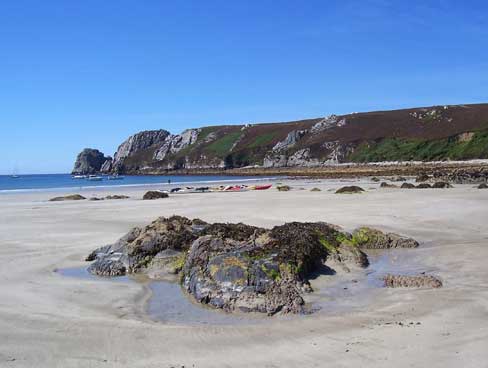