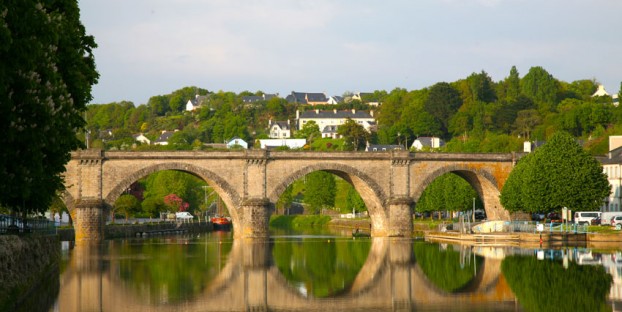 A park as nature intended

Ron and Jean Toft decided it was high time to reward themselves with a well-deserved break in France – and Brittany’s diverse Armorique Regional Natural Park proved to be just the tonic.

We stumbled across it purely by chance while enjoying a long and largely sun-blessed spring weekend in Brittany – a rural idyll a few miles west of the village of Cleden-Poher, near the dairying centre of Carhaix-Plouguer. 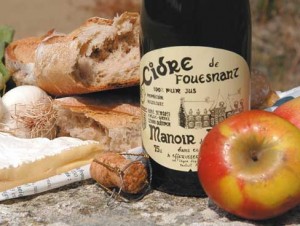 As we sat at a rustic picnic table under a clear cerulean sky, tucking into freshly-baked baguette, cheese and sweet cherry tomatoes, we marvelled at the beauty that surrounded us. Yet the tranquility of this picture-postcard countryside belied the fact that it was pulsating with life.

Barn swallows and sand martins entertained us with an aerial display to rival the Red Arrows, deftly catching insects in open bills as they flashed past us just millimeters above the surface of the water.

Dozens of swifts – ace aviators that spend virtually their entire lives on the wing – shared the feast, ducking and diving between the trees and riverside properties in what appeared to be avian ecstasy. Riverside flowers nodded their heads in approval and all manner of butterflies floated lazily by.

This was a far cry from our home in the south of England, where too much of our once green and pleasant land has been polluted, marginalised or manicured beyond recognition. And although we’d come to this part of western France mainly to explore Parc Naturel Regional d’Armorique – Armorique Regional Natural Park – we’d ended up spending the whole of the first morning just outside the park, on and around the picturesque River Aulne.

Activities within the park

The 140km Aulne (a key feature of the park, its name meaning ‘alder’ after the tree) flows from the hills of inner Brittany to the coast near Brest. By the time it reaches the area which had captivated us, around Cleden-Poher, the river is already a substantial waterway as popular with local people as with visitors from far and wide – heaven-sent territory for anglers, walkers, dog lovers, horse riders and cyclists.

One biking aficionado who stopped to pass the time of day during our riverbank walk had come all the way from Canada to spend a month cycling around Brittany, his bike equipped with a sophisticated GPS system.

Another cyclist extolled the virtues of travelling lightly and cheaply, pitching his tent under the stars and moving on at the crack of dawn. “It’s the best time,” he told us. “You see and hear so much wildlife.”

On one side of the bridge which carries the N164 feeder road over the Aulne, the river is unimproved and has a distinctly wild look. Banks are uneven and trees hang over the water. But on the other side it is more uniform – a result of canalisation in the distant past. And this is where the Aulne and Heyre meet, the latter being the river on which Carhaix-Plouguer stands.

The four regions of the Armorique Regional Natural Park

Parc Naturel Regional d’Armorique was created in 1969. At  112,000 hectares (450,000 acres, give or take) it was the second natural park to be so designated in France and embraces a large swathe of central Brittany, from the coast in the west to the gentle uplands of the interior. 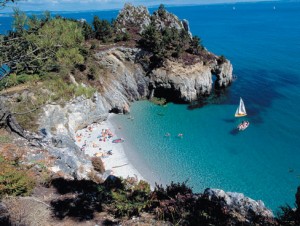 Four distinct regions are recognised: the Iroise Sea islands; the mainly lower maritime reaches of the River Aulne; the Crozon Peninsula between Brest in the north and Douarnenez in the south; and the Monts d’Arree.

According to Brittany Tourism (and who am I to argue?) the Iroise Sea harbours “the greatest seaweed field in Europe” and the greatest number of fish species in France’s coastal Atlantic waters. It takes in two groups of islands: the northerly Molene archipelago and the southerly and much smaller Ile de Sein archipelago. It is also a UNESCO biosphere reserve, teeming with wildlife – from grey and common seals and bottlenose dolphins to assorted seabirds.

The Ile d’Ouessant (pronounced Ushant) is part of the Molene archipelago and connected by ferry to Brest. The island is especially noted for its birds. Among the breeding species are red-billed chough, marsh harrier, kittiwake, razorbill, Dartford warbler, raven and oystercatcher, and rare autumn migrants include American warblers and waders and east European warblers. Such avian flotsam and jetsam are guaranteed to send twitchers into paroxyms of delight! Lampaul, the island’s main community, has both a park office and a bird observatory.

On the Crozon Peninsula – another of the four regions of the Armorique Regional Natural Park – we drove to Cap de la Chevre, the most southerly point, and enjoyed a bracing clifftop walk before popping into the waterfront community of Morgat, which has a lovely beach, on the way to lunch in the quite sizeable town of Crozon.

We decided it would be a good idea to get an appreciation of the area’s geography and a better view of the coastal landscapes of the Parc Naturel Regional d’Armorique.

So off we went to the Menez Hom viewpoint, off the D887 between Crozon and Chateaulin. Our effort was richly rewarded.

Below us spread a patchwork of fields, open countryside, woods and small communities, cut by roads (mainly empty) and the Aulne estuary. Our intended brief visit to this high point turned into a stay of several hours, sitting on the bare hilltop watching paragliders wrestling with a blustery wind and model aircraft enthusiasts endeavouring to maintain radio control.

“The tranquillity of this picture-postcard countryside belied the fact that it was pulsating with life.” 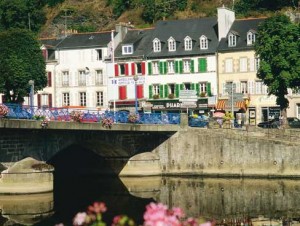 The Monts d’Arree region (the other of the Armorique park’s four) is, despite its name, hilly rather than mountainous. It’s a wild, craggy place, not unlike parts of Exmoor and Dartmoor, with terrific views and great walking. One of the loftiest spots is Roc-Trevezel, though determining its true height is something of a lottery. The site signpost says 364 metres, at least two other sources insist on 384, and a guidebook puts it as the highest point in the Monts d’Arree. The argument was of little consequence to us; much more interesting was our especially good view of a hunting peregrine falcon.

Dotted across the whole of Parc Naturel Regional d’Armorique are 39 communities. Huelgoat on the River Argent (named after former silver mines) is noted for huge forest boulders such as Roche Tremblante (Trembling Rock) and its pretty lake. Chateaulin, on the River Aulne, is a famous centre for salmon fishing. And Pleyben is notable for the large, imposing church built from the mid­16th century onwards.

The Parc Naturel Regional d’Armorique leaflet details 19 natural and man-made visitor attractions. Also worth having is the set of 40-plus information cards on places to visit throughout Finistere – the far western part of Brittany. We picked up ours from a leaflet dispenser in the reception of Noz Vad Hotel in Carhaix-Plouguer.

One of the more unusual attractions is Musee du Loup (Museum of the Wolf) in Le Cloitre-St-Thegonnec. Although only small, and presented mainly for school children, and in French only, it tells you everything you have ever wanted to know about wolves, from biology and history to their powerful presence in myth and legend. The stuffed wolves on display certainly catch the eye.

If you want to see the real thing, as well as rare domestic animals, the 520­hectare Domaine de Menez-Meur estate near Hanvec in the heart of the Monts d’Arree is the place to find them. Or maybe wild beavers hold more appeal for you, in which case you should head for the Venec peat bog area near Brennilis – the only place in Brittany where they hang out.

They were reintroduced here back in 1968. A permanent exhibition on beavers, the bog and the region’s nature is a feature at Maison de la Reserve Naturelle et des Castors.

And if you’re mad about minerals, make tracks for Maison des Mineraux, between Morgat and Cap de la Chevre on the Crozon Peninsula. Or step back in time at the old country school-cum-museum at Musee de l’Ecole Rurale en Bretagne in Tregarvan, on the Aulne estuary.

Increasingly, environmental issues are many people’s major concern – a subject which is the focus of the river centre, Maison de la Riviere et du Lac, accommodated in a former mill on the banks of the River Elorn in Sizun.

So how would Jean and I sum up the character and appeal of Brittany’s Parc Naturel Regional d’Armorique? As a region that is not just a feast for jaded eyes but also music for the soul – a tranquil, timeless, sparsely-populated part of France where you have the space and freedom to fully appreciate the truly finer, natural things in life.

For a great selection of properties in Finistere, Brittany visit the Holiday France Direct website. 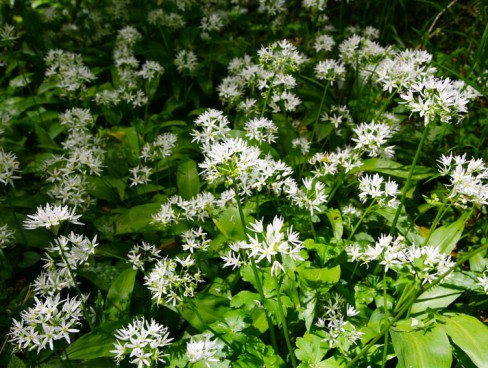 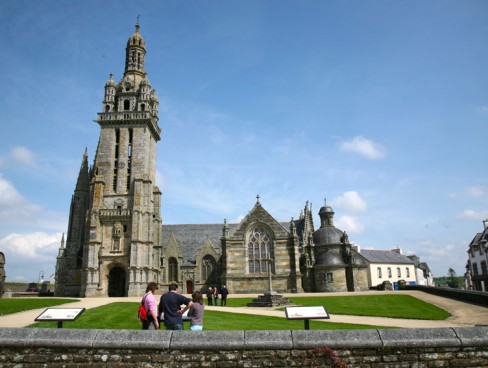 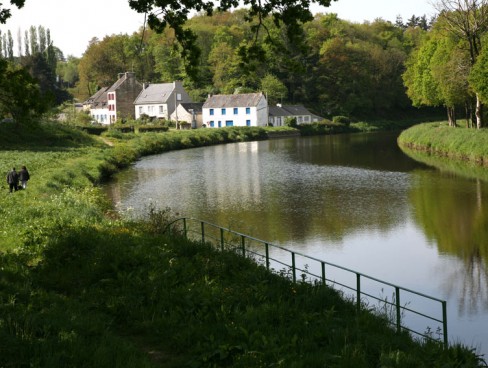 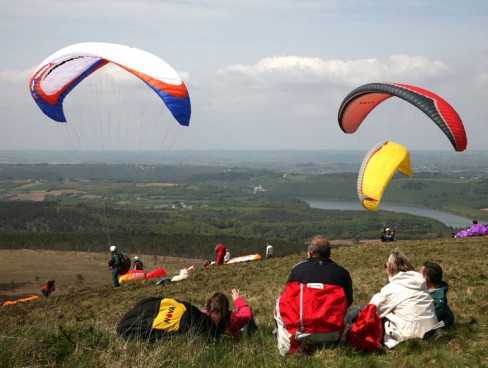