With 300 horse riding centres, two national studs and around 24 private stud farms, it’s easy to understand why Normandy has been crowned France’s ‘home of the horse’, and embracing this aspect of Norman culture is sure to enhance any visit to the region. What could be better than riding through Normandy’s idyllic countryside, taking in half-timbered houses and verdant pastures, all while moving at a relaxing pace and reinvigorating your senses?

Visit one of the many studs and equestrian centres to organise horse riding to suit your plans, whether it’s a tour around the farm’s grounds or a ramble through the countryside. Imagine soaking up the Norman sunshine with the clip-clopping of the horse’s hooves taking you deeper into this diverse landscape…and don’t forget the glass of chilled cider at the end of the day to reward your efforts!

There are plenty of horse-themed tourist attractions to entertain those who want to discover Normandy by hoof and many sites worth visiting if you simply want to enjoy horses from a seat, rather than the saddle.

Normandy’s National Stud Route is a 190km-long route, divided into nine different stages, linking the two National Studs of Haras du Pin and Saint-Lô, which takes you through the Norman scenery. If you’re feeling adventurous, you can tackle the whole route over the course of a week as there are plenty of horse-friendly accommodation options along the way.

Alternatively, take a day trip and complete one of the nine stages of the route: 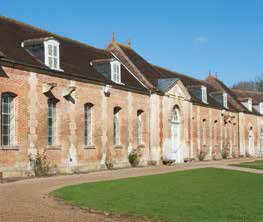 Even those who don’t want to ride will find something to do at the Haras du Pin National Stud, the first point on the National Stud Route.

Built by Louis XIV in 1715, this 2,471-acre estate is known as the ‘Versailles for horses’, and rightly so. It is still a functioning stud and equestrian college, but also has a museum and café for visitors.

The extensive grounds are overlooked by impressive 18th-century architecture, including a beautiful chateau and a high-end stabling facility featuring dramatic archways and cobbled courtyards.

Visitors can learn about everything from breeding to care and training in the modern, interactive museum, which will interest visitors of all ages.Take a guided tour to view the grounds and learn about the Age of Enlightenment at Le Pin, see where the saddles and bridles are kept, drop in on the farriers making and fitting horseshoes and meet the stallions themselves. 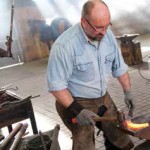 A visit to the chateau is a must, where you can view equestrian trophies, 17th-century tapestries and other works of art, while enjoying the view over the grounds.

You can also see the horses in action every Thursday afternoon from June until September in the ‘Jeudis du Pin’ show. Stallions, mares and foals all gather to parade in the courtyard and showcase equestrian movements, dressage steps and much more, all alongside the traditional red and black National Stud carriages. You can also check out equestrian artists, such as Lorelei Laesslé and Izia Le Goff with her horse Radjah. Izia and Radjah perform impressive stunts together around the courtyard and in various shows.

The Equestrian Theatre in the pretty village of La Pommeraye is situated in the tranquil ‘Swiss-Normandy’ region, so called because of its hilly landscape. Combining acrobatics, imagination, music and lighting – with some horses thrown in – the one-hour shows run three times a week from May to September. 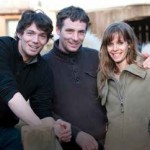 The story behind this theatre is truly unique. A few years ago, four enterprising young horse enthusiasts, Sébastien, Antoine, Alice and Lucien, started performing shows in a nearby field, attracting audiences of around 100 people to each of the six performances. Sensing an appetite for horse acrobatics, the quartet set up a larger stage area, complete with a 400-seat grandstand, and started their equestrian theatre. They were lucky enough to attract the attention of world-famous performer Jean-Marc Imbert, whose shows earned the theatre a tourism award in 2013.

Now, performers come from all over to take part in shows at the theatre, and the site also holds courses in a range of riding disciplines. The surrounding farmyard is populated with plants and animals that guests are invited to explore and you can meet the actors after the show.

The Equestrian Theatre is one of a range of outdoor activities, including rock climbing, kayaking, mountain biking and horse riding, that make Swiss-Normandy well worth a visit during your equestrian holiday.

A Day at the Races

For a day out with the family, head to the beautiful seaside town of Deauville, home of La Touques race course. The first horse race took place here in 1863 along the beach. The resort of Deauville was created by the Duke of Morny, who subsequently built a proper race course (La Touques) in 1864 – before the building of the Church! – to satisfy his love of horse racing. 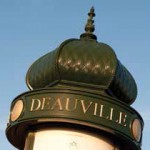 Nowadays, this passion for horses continues among the people of Deauville and horse racing is organised over six months of the year, alongside a polo championship, show jumping, dressage and horse ball competitions.

There is a panoramic restaurant that gives you an impressive view over the 75 hectares of race course. Entrance to the racecourse is free all year round, except for the August meeting, which is approx. €3 during the week, €4 on Sunday and bank holidays, and free for under 18s.

After the race, the town of Deauville has plenty to offer. In 1858, a Doctor Oliffe decided to create a ‘town of pleasure’, building casinos, a golf course and large villas that attracted the aristocracy. Along with them came designer boutiques – including Coco Chanel’s first store – and sumptuous bistros, many of which survive today.

Wander through the streets and admire Deauville’s distinctive Anglo-Norman architecture before heading to the promenade, which features the names of the famous faces that have visited Deauville for the American Film Festival on pillars outside the 1920s changing rooms. The Art Deco bathing cabins, salt water swimming pool and rainbow of beach umbrellas all make for a very relaxing afternoon at the beach, while the many festivals and events that go on throughout the year will entertain you well into the evening.