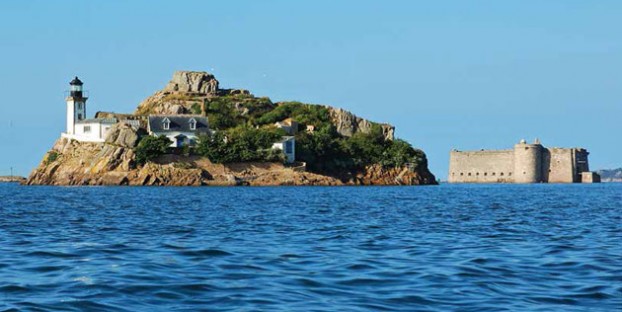 Initially built to fend off English invaders, this imposing island fortress, near Roscoff, has since been everything from a prison to a holiday home. Few iconic buildings can boast a more varied past, and few are more fascinating to visit. Annaliza Davis explores its captivating history.

When you board the boat, you’re not sure what to expect. The distant silhouette of the Chateau du Taureau seems rather inaccessible, after all. Next thing you know, you’re whipping across the waves, the sea spray glittering on either side of the boat and the fresh air giving your cheeks a healthy glow. The fortress looms large and daunting, and as soon as you clamber onto its stone jetty you gaze at the surrounding waves and realise just how isolated you are.
Then you realise that the Château du Taureau must certainly have made a good prison.

How the fortress evolved

Back in the 1500s, the prosperous linen traders of Morlaix were repeatedly looted and pillaged by English raiders, so in 1542 an offshore fortress was built on a rock (the Rocher du Taureau) just between the two channels into Morlaix. In 1660, King Louis XIV took over the building and its upkeep, commissioning famous military architect Vauban to redesign and reinforce it. The works were finally completed in 1745, creating a highly effective coastal deterrent 60 metres long, 12 metres tall and 12 metres
across, staffed by soldiers and armed with 11 cannon as well as roof artillery. No vessels could reach the waterway to Morlaix without passing the chateau and sailing in range of its weapons.

Next comes the strangest part of the chateau’s history: from 1721, anyone who felt a family member was misbehaving could request that he be imprisoned in the chateau. If the king agreed – and if you could afford the fee – you never had to see your bothersome relative again. The chateau became a rather extreme naughty step, filled with troublemakers, sons who disrespected their mothers, drunkards and scoundrels. Families could pay extra for luxuries such as writing materials, and the moment they stopped paying, the prisoner was released.

The fort could house 11 prisoners in cells measuring 14m², but during the French Revolution (1787-99) 60 captives were held here. The final prisoner was revolutionary socialist Louis Auguste Blanqui in 1871. While it was not ideal for those incarcerated, the guards appear to have had an even worse deal. One letter confirms: “We have no sheets, no straw, no candles, and are eaten alive by vermin.”

To glamour, ruin and repair

Decommissioned in 1890, the chateau was classed as a historic monument in 1914 and by 1930 was rented to a wealthy widow, Mme de Vilmorin, for 1,000 francs a year. She renovated, filled the courtyards with hydrangeas, painted the cells in bright colours and installed toilets, holding private parties for her friends.

Briefly a German defence in the war and a base for Morlaix sailing school courses from 1960 to 1980, the chateau then fell silent once more. It deteriorated every year until the Historic Monuments Department undertook major renovation works from 1998 to 2006, also finally installing the slipway in Vauban’s original plans.

The new life of the chateau

Now, even those former enemies of Morlaix, the English, are welcome on this impressive site, with regular visits offered from April to late September. It is surrounded by the Bird Reserve of Morlaix Bay, a natural haven and peaceful escape that’s worlds away from the place of banishment for improper noblemen. In summer, children run around exploring the cells and stairways, visitors linger on the rooftop gazing at the wide horizons and there’s even an on-site gift shop.

To bring the stones to life, themed visits are organised each year with storytelling or theatrical performances (in French) and ornithological days for those who want to enjoy a unique view into the bird reserve and the rare species nesting there.

How does it feel to be here?

Stepping out of the boat, you understand why early vessels often capsized as they neared the chateau: it’s not the easiest place to access! As you climb the steps and enter the courtyard, you feel a sense of trepidation, especially when you see the rows of reinforced doors.

Even as a day visitor, you can’t help feeling for those prisoners of long ago, banished to this lonely rock, and you also pity the soldiers responsible for them, who were just as isolated and often worse off than those they were guarding. Taureau evokes a claustrophobic, suffocating sensation at times, as you’re aware there really would have been no simple way off the island; yet on the other hand, you’ll experience an incredibly liberating feeling wherever you glimpse that stunning panoramic view. It’s a strange thrill to see all that water lapping at the walls, stretching out on every side.

Long after your visit, the images stay with you, so that every time you see the iconic silhouette on the horizon, you’ll smile to yourself, knowing that you’ve been to Brittany’s Alcatraz – and escaped! 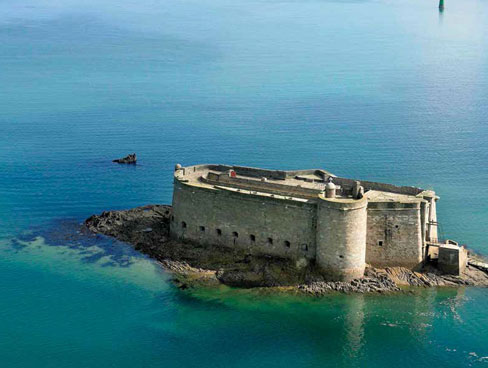 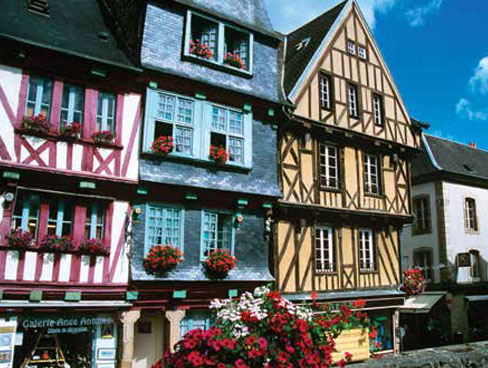 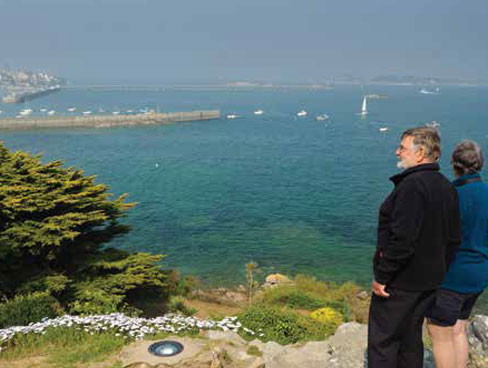 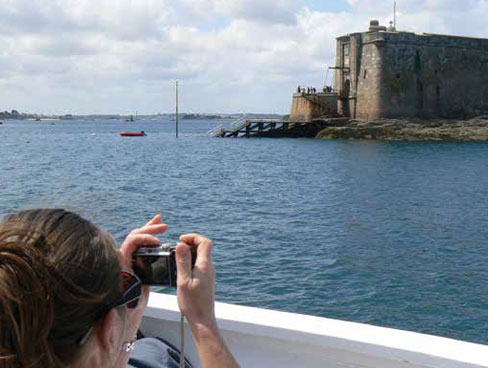 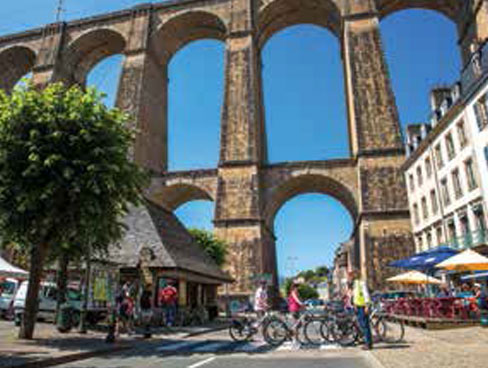